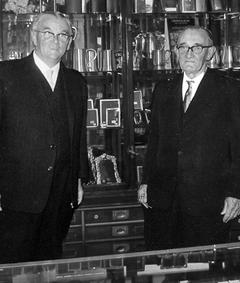 We were founded by brothers Frank & Walter Sanford in 1923 when they opened their first shop in London.

A lot has changed since those days but their belief in giving the best service possible allied to 'going the extra mile' is still adhered to today with the company now being run by the third generation of the same family.

We now have shops in London & Newbury. Each one has its own individuality but have the same company ethos.